I know what you are thinking, it’s almost December, right? And you are correct (actually knowing what month it is is a reasonable feat in 2020), this edition of And That Was… is a tad late. The truth is we had a sweet guest contributor lined up, but due to unforeseen circumstances, it just didn’t happen. We are still hopeful of working with said guest, but we will keep that under our hat for now. However, what that means is a quick sidestep, a play called on the fly, a plan B, and now, here is And That Was… October 2020, with a few favourite things from a not so special contributor… 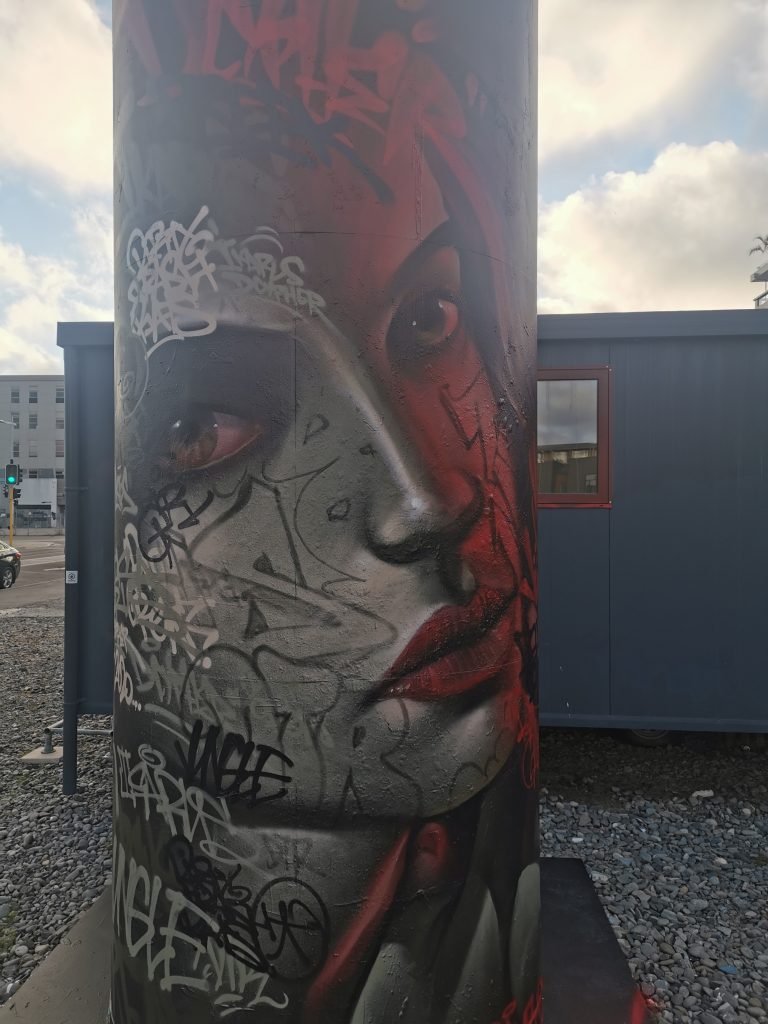 The giant spray cans at One Central have been under the guardianship of the DTR crew and they have regularly been refreshed by various crew members over their recent history. The recent refresh combined work by Dcypher, Ikarus and Wongi Wilson, including stylistic mash-ups and a stunning female portrait seemingly tattooed with graffiti tags and throw-ups, creating an effect evocative of the Mexican dia de los muertos… 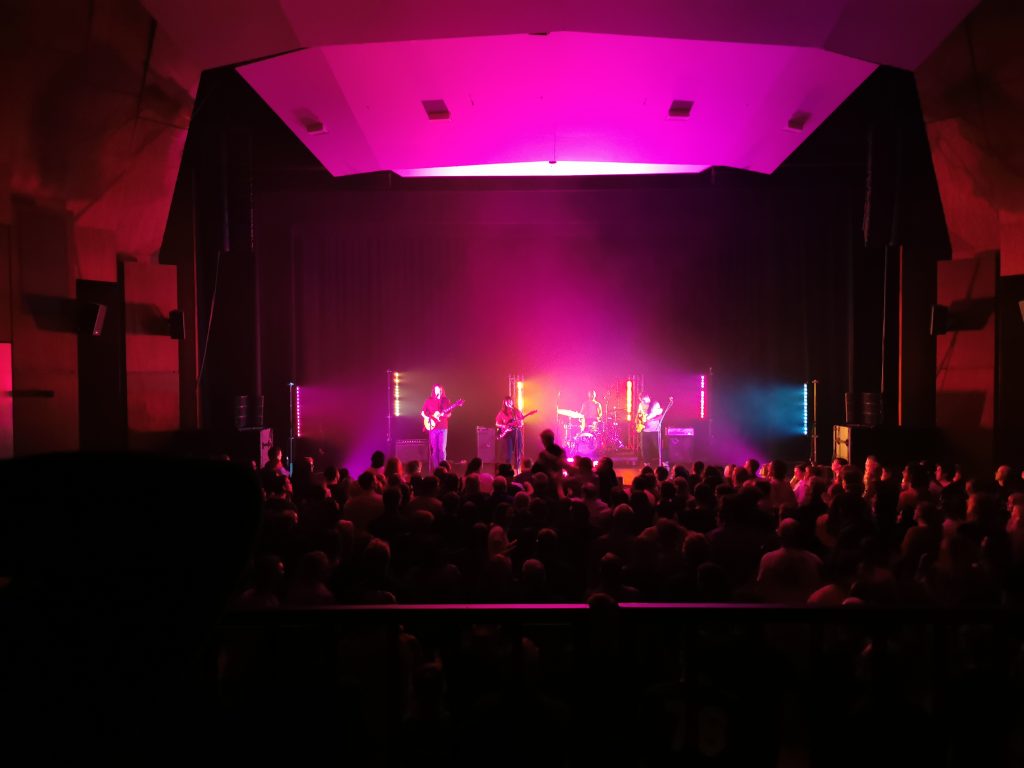 Call me old fashioned, but I still like a live band. And in my opinion no-one is better in New Zealand music right now than The Beths. To say I was excited about their James Hay gig mid-October would be an understatement, and from the moment the stage curtain lifted, I was not disappointed, with their infectiously tight, energetic indie rock and understated charm. My night was topped off with a high-five to singer/songwriter Liz Stokes at the merch table. 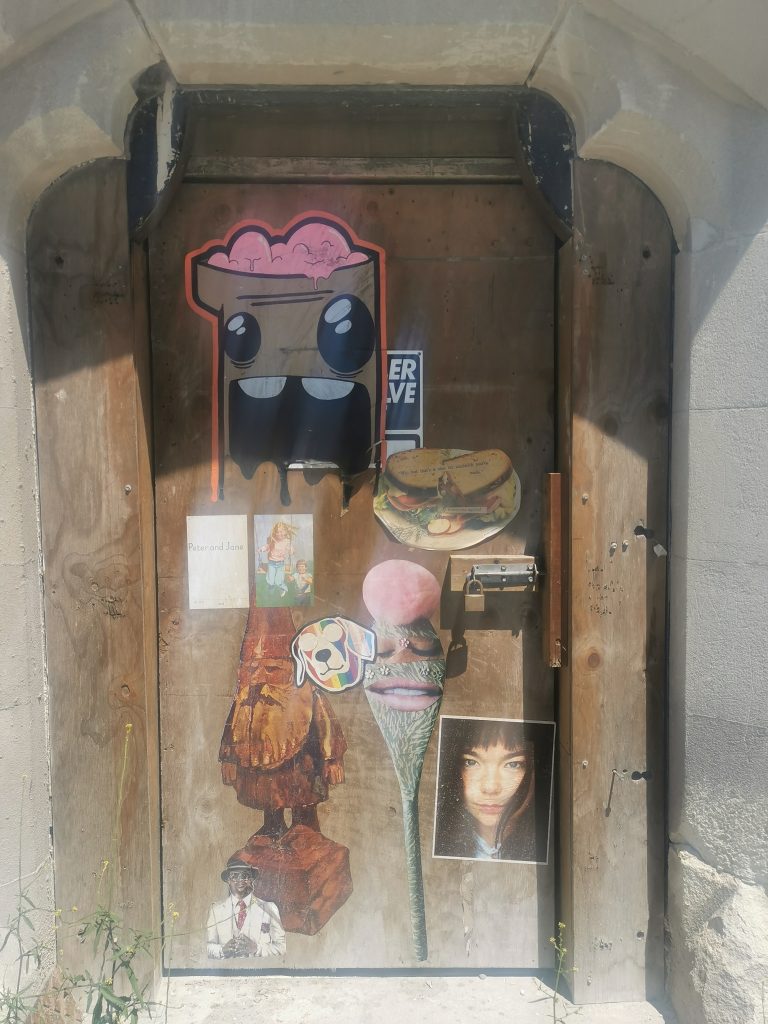 The last few months have seen the Slap City crew get busy across the central city, with diverse pastes appearing in busy conglomerations. The arrangement of works is always fun and revels in a sense of camaraderie. The flurry of activity from the likes of Teeth Like Screwdrivers, Vez, Cape of Storms, Bongo and more reflects the infectious energy of being part of a buzzing collective. 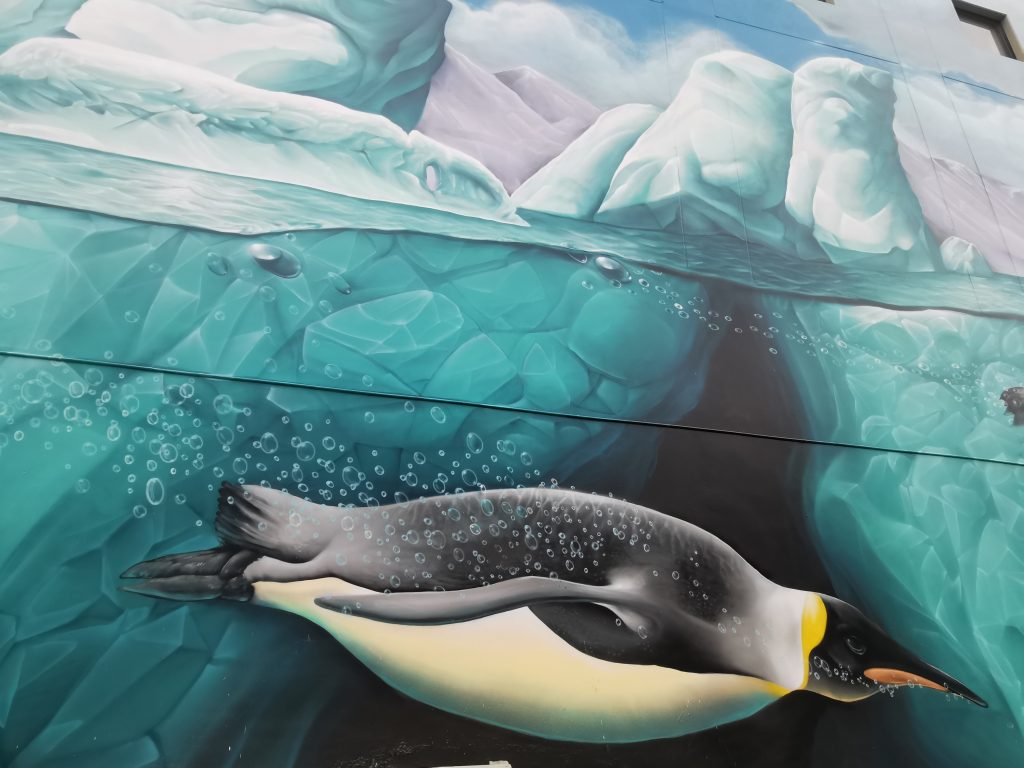 Truth be told, I’m not sure if the massive Novotel mural was completed in October, my records are not entirely fool proof. But the massive scale of the Antarctic themed work (one of a pair by the artists with OiYOU! to celebrate the city’s role as a gateway to the Antartic) means it is a literal can’t miss and I’m sure at worst I am only a couple of days off. From the overwhelming size to the playful details, it is an impressive piece of work by some of Christchurch’s best, and I couldn’t leave it out. 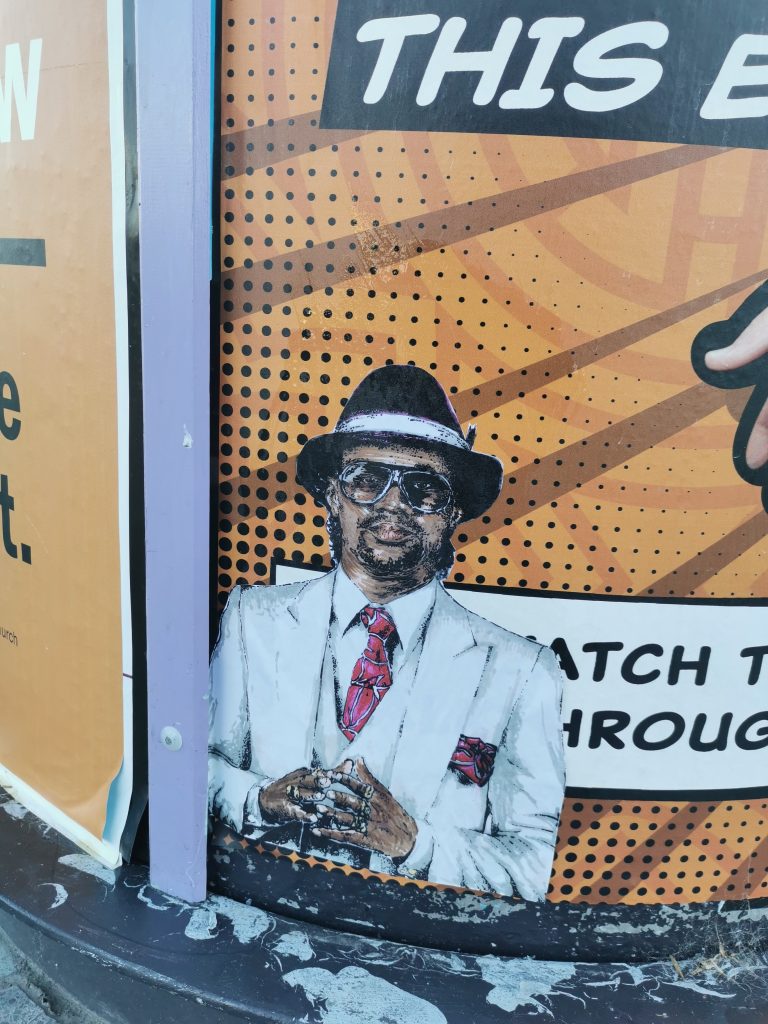 Let’s finish off this month’s list with a revelation of my inner geek… I grew up in the era of professional wrestling’s glory days. Not the violent, Limp Bizkit epoch of the Attitude Era as it’s known, but instead the over the top pageantry of American superheroes and bad guys of the eighties. It was a time when the concept of kayfabe (the idea that it is all real) was held firm and as a young kid, it was serious stuff. For that reason Bols’ nostalgic paste ups highlighting the dubious tropes and stereotypes of that era hit the mark, a reminder that not all childhood memories are as innocent as we might remember…

What are your thoughts on October’s highlights? Let us know in the comments…