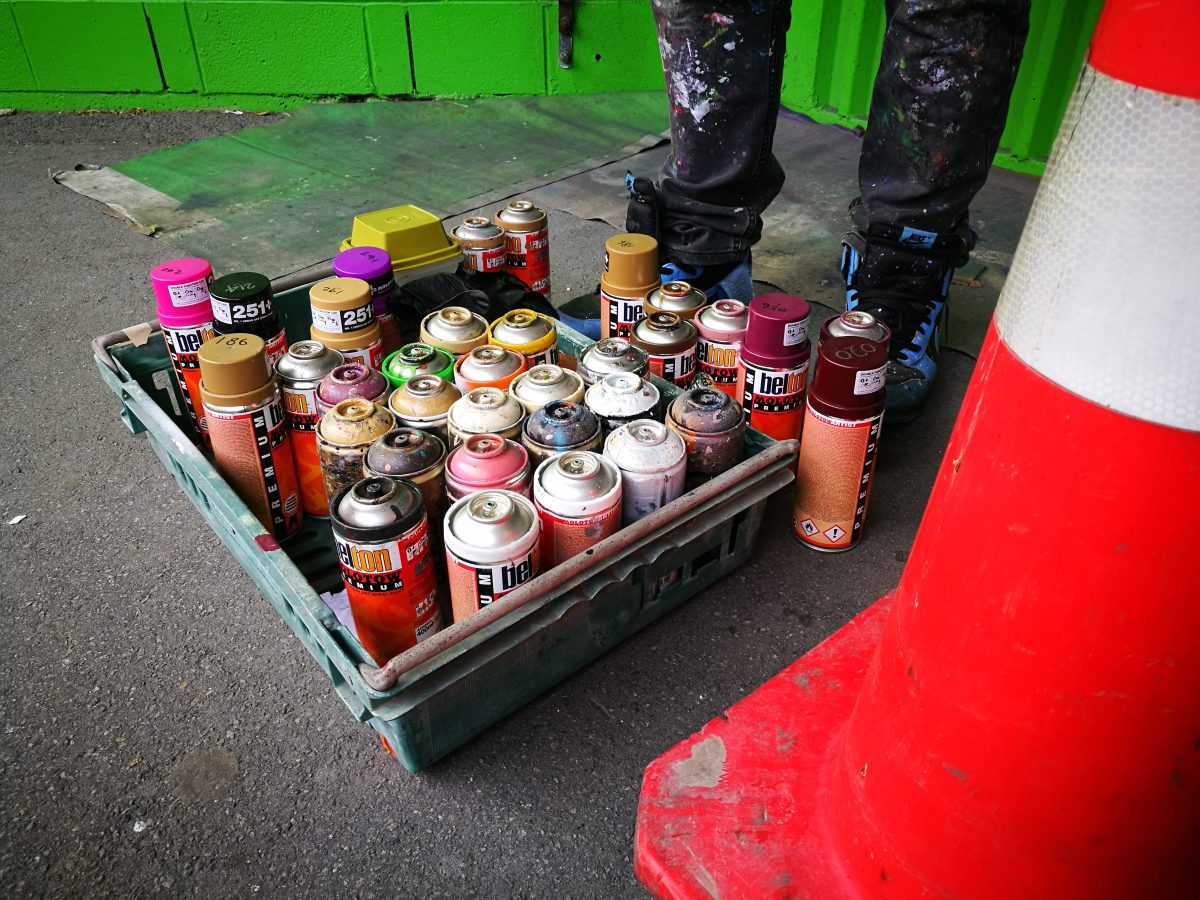 New Brighton’s Carnaby Lane got an impressive facelift over Canterbury Anniversary weekend, with several notable artists producing an array of works along the bright green wall that frames the small laneway. With the sun beating down and DJs Ruse and Nacoa providing the musical backdrop, Wongi ‘Freak’ Wilson, Joel Hart and Dr Suits (assisted by his Fiksate crew-mate Porta) captured the imaginations of the passing crowds. Throughout the day the artists, all working in close vicinity, provided intimate insights into how their work comes together. The relaxed but vibrant atmosphere, created by the mixture of music, food, drinks and art, as well as the ideal summer conditions, made for a perfect storm. We were there throughout the day and captured the artists in action…

Wongi ‘Freak’ Wilson: Wongi’s work, the largest of the three, depicts a monotone female figure, with her hand thrust forward, two fingers raised in a peace sign, the hand bursting to life in colour and sharp detail. A segmented disc of translucent yellow, orange, pink and purple separates the figure and the hand, framing the image and popping against the dark grey background. Wongi noted that he had chosen the image to play with a “beachy vibe” in honour of the location, but without the usual cliché, instead of seagulls or surfers, his character has a summery, music festival feel. The image is another example of Wongi’s ever impressive photo realistic technique, highlighting his aerosol mastery, an expertise that was made apparent to the crowds that stopped and watched the Christchurch legend in action, gaining insight into the sketching and refining process with which he builds form and brings his images to life.

Joel Hart: Joel’s signature work, titled ‘The Shadows’ was an impressive sight coming to fruition, highlighting his swag bag of techniques and sure-handed processes, from his large stencil plates to the use of screens to print directly on the wall. The female portrait, her hand extended outward and three butterflies fluttering above, is indicative of Hart’s current body of work, where he is experimenting with “more-multi-layered” details of patterns and embellishments that reward inspection. Assisted by young up and comer Jacob Root (Distranged Design), Joel’s greyscale subject is brought to life by the violet backdrop and flashes of pink and green that all deftly play off the garish bright green wall behind his work.

Dr Suits: Dr Suits’ geometric abstraction provides a unique example in the context of Christchurch’s mural scene, suggesting an exciting direction for the artist. The work draws on Dr Suits’ ongoing exploration of printmaking and mixed media techniques, here transferred to a wall and the colours heightened and flattened out to create a crisp, vibrant composition that pops off the wall and draws the eye in multiple directions. Detail is added in a section where the black paint is pulled, rubbed and scratched to mimic printing techniques. For Dr Suits the piece is indicative of his preoccupation with creating works that can be “translated by the individual but have no certainty”, instead evoking more visceral or emotive responses fed by associations of memory. 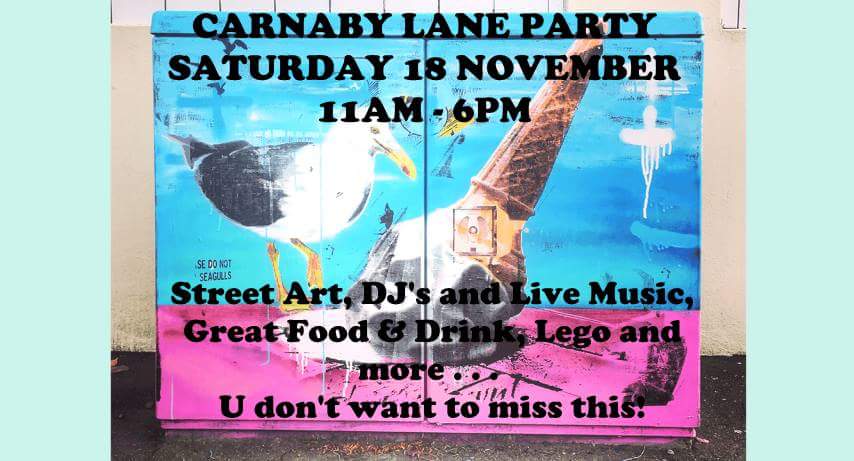